Export Manager Henry Angus participated in a rather chilly ‘Boxing Day Dip’ recently at Burghead Harbour, to raise money for a cancer charity.

The jump and swim in the harbour has been held at Burghead every Boxing Day for the last 30 years. The organisers choose a different charity each year, and this year it was the Abbie Sparkle Foundation.

Abbie was only 16 when died of cancer on Christmas Day in 2017. The charity dip was especially poignant as her dad had organised the swim every year since it first started. Her mum, dad and brother all jumped last in her memory. There were over 100 jumpers – the most they have ever had.

Henry said: “We all had to raise a minimum of £50 and thanks to the generosity of staff at ASL I managed to raise well over double that, with other contributions taking my personal total to £140. Overall the jump raised over £13,000 for children’s cancer charities – well worth getting wet and cold for!” 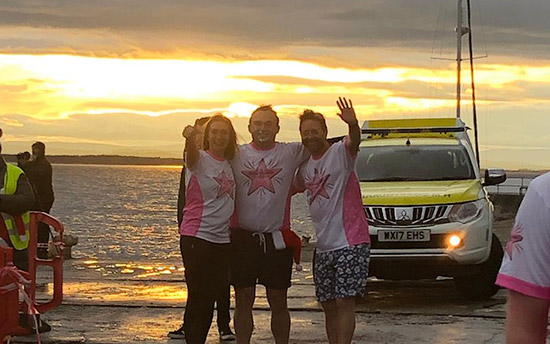